Insults, hate speech, or the use of sexist (‘bitch’) or racist (‘to jew sb. down’) terms as problematic cases of language use are part of various political discussions. As these discussions on the reasons for and the importance of criticisms of language uses seem to be rather confused regarding their underlying assumptions about the functioning of (harmful) language uses, the aim of the present project is to examine what philosophy of language can contribute to the explanation of what it is about language itself that it can be an instrument of harm on the one hand, and to the provision of standards and criteria for a reasonable criticism of harmful language use on the other.
These two examinations are entangled. For providing standards and criteria for reasonable criticism of harmful language use requires giving an answer to the question of how such language use works. In order to do this, the present project first critically examines the underlying assumptions about semantic aspects of pejorative language use that underlie the political discussions and the moral, political, and legal work in philosophy concerned with harmful speech. Second, it discusses the relevant semantic and pragmatic problems regarding pejorative language use. By drawing on inferentialist and thick semantic externalist accounts of the meaning of pejoratives, it is argued that the pejorative aspects of pejorative language use are best explained as part of semantics and pragmatics, rather than as only located in pragmatics. This, in turn, leads to reconsidering discussions on the normativity of meaning on the one hand, and to critically examine if the categories provided by speech act theory and so often drawn on in moral, political, and legal philosophy regarding harmful speech acts are appropriate to framing the problem concerning such speech acts on the other. Finally, these investigations in philosophy of language are used to provide a framework of standards and criteria for a reasonable criticism of pejorative language uses. Because harmful speech is the focal point of the various philosophical and political discussions taken into account at different theoretical levels, the present project also contributes to an understanding between discussing parties that, until now, have not systematically referred to each other.

Publications:
under review:Mühlebach, D. R.: “Reflective Equilibrium As a Framework for (Feminist) Epistemology” 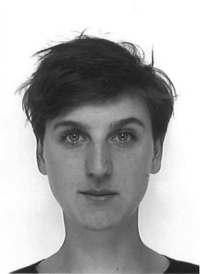